A bazaar string of meetings has been happening lately: almost everyone I meet is 25!

It is really pretty crazy, especially considering I’m over 40!  It all started almost a year ago when I separated from my, then-husband.  It seemed like every guy I met was 25!  I wasn’t going out of my way to meet them:  I was just meeting them everywhere.  It was really starting to be a joke because as soon as I would find out their age, I would laugh out loud because they always told me 25!

After a while, I just took it like something I should expect: everyone is 25!

I remember standing on the corner waiting to cross the street.  I was in my head and thinking about all the 25 year olds I was meeting.  What was it about the age of 25?  It occurred to me then that I was 25 just before I met my husband.  I continued on with my day and later as I talked with a friend on the phone, I shared with her this most recent phenomenon.

She said, “You’re about the seventh person I’ve met who, when they split from their long-time relationship, begin meeting men that are the same age as they were before they got together with their husbands.”

I was amazed that she had repeated what was in my mind earlier that day.  There was something really strange going on here.

It was as if my energy had gone back to the same vibrational energy as when I was 25!

I began meeting women who were 25 plus or minus one year.  One of the women really stands out for me.  I was at a friend’s  “clothes swap.”  As I entered, Brigitte was leaving.  Our introduction was very brief.  All I knew is that she had some amazing energy and she was having a wine event at the restaurant her parents owned on the upcoming Wednesday night.

It was her energy that drew me in and I was going to be there.

All of us were invited, but on that Wednesday night, I was the only person from the “clothes swap” that attended.  I found myself surrounded by her and her four friends.  I sat in amazement among these five women all about the age of 25!  Not only were they the magical age, they were all these amazingly creative women.

They had all the qualities I had been dreaming about having.  They had all attended “performing arts” high schools and just thought so freely…way different than me growing up.  I grew up in a traditional public school system where all the teachers did all the same formal routine.  There was no sense of creativity.

It was just so amazing to be sitting amongst them, because for years I had longed to express my creativity.  I always yearned to write; yet never seemed to find the confidence to get my writing out there.  I always wanted to collaborate and write songs (I write lyrics) yet had no feeling of mastery since I had never had any schooling.  For me, in my mind, I believed you had to take classes and certifications in order to be considered an expert.  What business did I have pursuing song writing?  They changed that thought and have been urging forth my creativity ever since.

Just being in their presence was so inspiring.

Their creativity and their willingness to express it was such an inspiration to me.

Brigitte and her friends were really the first bit of encouragement I received in the world of collaboration and sharing creativity.  It’s just so cool to know that being creative doesn’t have to involve comparisons or judgments.   I am still friends with Brigitte, the woman I met that day at the clothes swap.  We are now collaborating on an amazing project!

It’s now almost a year later and I am still meeting people who are the magical age of 25.  The other night, just for fun, I took the Facebook “real age quiz”.  As I was answering the questions, I was also answering texts from a young man (age 25 …of course!)  He is one of the few that ask my age.  I responded… “Age is only a number and numbers are limiting”.  As the texts continued back and forth, I received my final result from the “real age quiz”… 25!

I guess I am living life from that vibration.

I like the way Bob Doyle describes The Law of Attraction in his Wealth Beyond Reason program, “The universe is all energy and all energy vibrates…energy that is vibrating at a particular frequency will attract other energy that is in resonance with it.”

Story after story just continues and, honestly, my friends that hear about my daily escapades are in a bit of disbelief at the unending stream of my 25-year-old meetings.

This morning, Michael Bernard Beckwith of The Agape Spiritual Center said, “you are an eternal Broadcast.”  That made a lot of sense to me regarding the magical age.  There is something definitely magical about being 25 for me.  If your chronological age is 25 (or whatever your unique magical age is), embrace it, enjoy it and don’t be surprised if the age comes back and haunts you someday in the future! 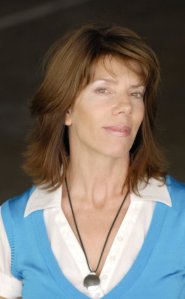