I just watched an episode of  “The Best of Oprah”  all about angels in our midst.

It was from the 90’s and I’m so glad I saw it.  So often, over the years I thought that perhaps I had just imagined an incident that happened in my younger years.

Anyway, today as I watched and listened to the stories recounted, I realize that I, too, was  lifted by one of my many angels or maybe even by the hand of God.  Yes, until just now, I’ve never  really acknowledged that I have angels.  I just always thought it sounded weird.

There are angels all around us…if we but see. 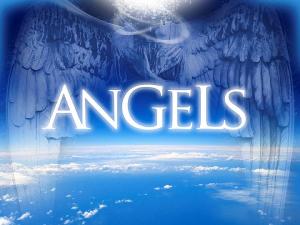 In 1979 I had an incident happen that I’ve never spoken about.  I knew that it happened but it was so bizarre that I never shared it with anyone!

I was 19– I went to a wedding with a young man I was dating.  He was this strong, muscular, gorgeous, italian man.  He had the most magical name to say– Gino Salvatore Finazzo!  He always had women coming onto him while I stood there watching.

He was very smooth and sweet and would just slither away when necessary.  On this particular night, Gino was surrounded by a few women on the other side of the room while I was alone at the table.  There was a young man at the wedding paying some attention to me.  We stepped outside and smoked a joint together.  What I didn’t know at the time, was that this young man was Gino’s arch rival–a real ladies man himself.

So there I was, thinking, “gosh, why shouldn’t I talk to this guy, Gino’s off talking with some women on the other side of the room and I’m by myself.”

Well– that was the end of that night!  He loaded me into the car and drove my ass home, he was infuriated!

We drove FAST down Southfield, with emotions hot and silent.  I kept trying to reason with him and help him see my side of the night.  He would not speak!

We came upon a car on the side of the road that was sticking out into the lane.

It happened so quickly that all I can say is our car actually went through the car on the side of the road.  There was no impact or effect, we had just passed through this car–like liquid gas.  Fluidity.

I’m not sure if Gino saw it and I would never know because he dropped me off and was out of my life forever.  He never spoke to me again.  He would have been the only witness to what happened.

For several years, as I’ve grown personally and become more aware of the amazing natural and supernatural world we live in,  I’m sure now that I encounter Angels frequently and I get connected to the ALL THAT IS on a regular basis.

Look, feel, get quiet–those are simple yet powerful keys to connecting into the other realms that are clearly NOT out of this world!

5 thoughts on “Angels Among Us”